Sport and Leisure Fisheries Ltd was set up in 1987 and started out life as coarse fish dealers buying coarse fish from wherever we could and selling them to whoever would buy them. With increasingly restrictive legislation through the nineties, it became quite difficult to harvest fish from the wild and then move them quickly and safely to customers because of endless paperwork delays by the EA. I have no idea how dealers can operate legally today.

In the late nineties we decided that there must be a better way to grow and supply fish and decided on a change in direction. We bet the company on a new project and bought 110 acres of Shropshire Land to build a new fish farm from scratch.

We grow Carp (including mirror and common carp), Tench, Crucians and F1s at our bio secure farm, which means that you get immaculate, strong, healthy fish for your fishery which have never seen a hook or a fishermen before; supplied by a well known and reputable source that has been supplying fish for almost thirty years.

Malthouse Farm is the name of our carp farm in Shropshire. Today we produce common and mirror carp, tench, crucian carp and F1 hybrids, which we supply to customers up and down the country. Whilst I don’t know what some of our competitors get up to, the authorities have told us that we are the biggest carp suppliers for restocking in the UK.

We started by growing carp at the farm. The brood stock were carefully selected from hundreds of potential parents that we had accumulated and we have subsequently developed our own strain that is strong, attractive and grows quickly. The parents are spawned in our own hatchery and the fry taken to the farm when they are a few days old and stocked out into specially prepared fry ponds. After a summer spent in these ponds, the fry will have grown to about 5 inches whereupon we catch them up, grade them and grow on the best fish for a second year at which point they will have grown to about ten inches. We catch them up again, grade them and then select out the fish we want to grow for a third season at the end of which they will be between one and three pounds. We supply these carp at any stage in the process from two inches upwards.

We use the same techniques to produce green tench and pure crucian carp and now produce F1 hybrids, a cross between a carp and a crucian carp, which grows and behaves quite differently to either of its parents and which are now so popular in the match fishing world.

Call anytime and leave a message.
We always respond. 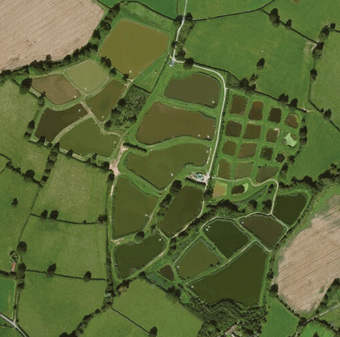 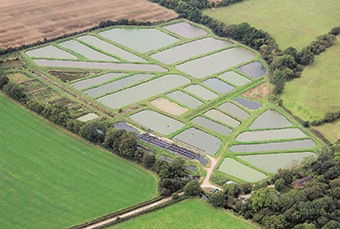 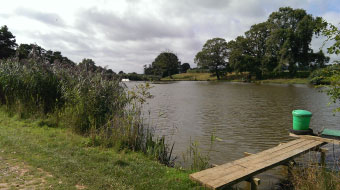